The newest trailer for the Kardashian reality show had fans sitting up and looking closely. Not that you needed to look too closely to see the dramatic changes to Kris Jenner’s face. The celebrity mother of Kim Kardashian is well known for her surgical bent – she has been under the knife before for a facelift and other procedures and come out looking great.

At the moment, it’s not entirely clear how well her newest procedure has turned out. In the trailer for the newest episode of “Keeping Up with the Kardashians” on E!, Kris appears with a newly changed face. In the trailer, she wakes up and her face is noticeably swollen with a fat lip. In another segment she’s showing off her newly augmented lips to her children.

At first her children are amused to see their mother with a trout pout, but as the segment continues they get a bit more concerned. Unlike Kris’ other surgeries, this one has not turned out quite as nicely. In fact,  it’s a bit alarming.

After her facelift last year, Kris looked refreshed and healthy. Her skin was smoother, and her upper lip was proportional and natural compared to the rest of her face. It did not appear that she’d had any work done to her lips, or if she had it wasn’t noticeable – which would be the goal.

Her recent work is definitely noticeable, however. In the trailer, Kris has a very large upper lip. It appears hugely swollen and disproportionate to her face. This could mean that she got a bit overly enthusiastic about a recent lip injection or some are claiming it may be a practical joke of sorts. With her history of plastic surgery, however, it’s more likely that the reality star had an overly ambitious bout of filler. Fortunately, the swelling should fade over time a bit and appear more natural. 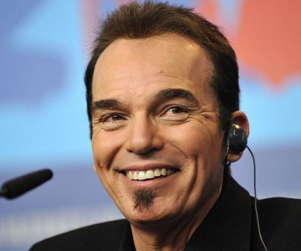 Cosmetic Surgery 0
Many celebrities stop the clock with plastic surgery, but Billy Bob Thornton has not
Breast Implants 0
Her plastic surgery may not be breaking news, but Wendy Williams is getting some