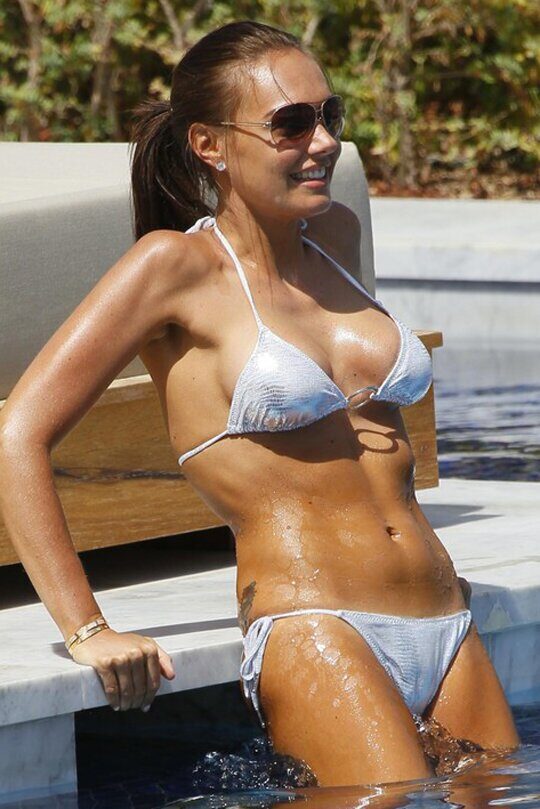 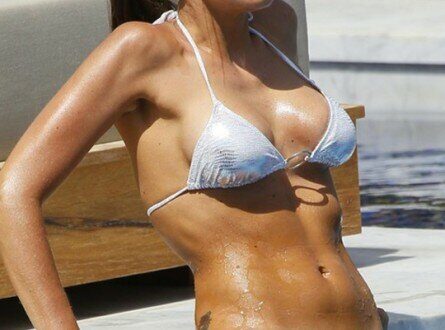 The name might not ring a bell, but Tamara Eccelstone is a major player in the upper circles. She’s richer than Paris Hilton, she’s richer than most celebrities in fact. She recently bought a mansion valued at more than $17 million so that her pets would have lots of room to play. Presumably she plays there as well. And her playtime got even more exciting of late since she’s decided to spend some of her considerable fortune on new breast implants.

Judging by pictures, Tamara was not blessed with large breasts and has sought to improve them with a bit of cosmetic surgery. Apparently she’s not yet comfortable talking about the procedure and still feels like we should “never say never” about having cosmetic surgery.

We’re not convinced, however, that the pretty breasts she’s sporting now are all her own. If you look closely at some of her pictures in swimsuits, you can even see the typical rippling of breast implants – a common problem for women who didn’t have a great deal of breast tissue initially.

Tamara is just starting to make a scene in the celebrity circuit and she’s obviously very comfortable with herself, her fortune and her pets. She’s a very pretty young woman and her breast implants just seem to make her figure even more striking than it would be otherwise. She’s the perfect example of what small-breasted woman can expect with breast implants – a beautiful chest with only the slightest indication that things aren’t as real as we’d all love them to be.

Best of all, we’ll all be able to watch Tamara become even more famous and popular as she explores her new Hollywood hometown and shows up more out on the town just as striking as ever!