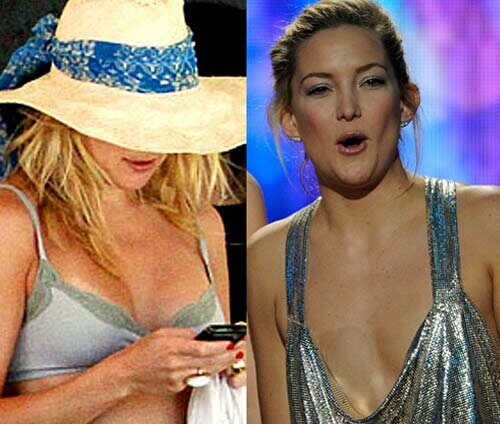 Everyone is taking notice of the current Hollywood trend of beautiful breast implants coming in all different shapes and sizes; when it comes to modern day breast augmentation, bigger isn’t necessarily better.

The newest trend in breast implants for the modern Hollywood starlet is choosing more conservatively sized implants to enhance their overall appearance in a modest and more proportional way.

“A number of people associate breast augmentation with large breast size, but it appears more women are opting for smaller breast implants” says leading Plastic Surgeon Dr. Romanelli, “ They are seeing that surgical augmentation has the ability to shape and enhance their profiles without going to extremes”.

From perky and petite to big and bountiful let’s check out these ladies’ gorgeous breasts and prove a great breast augmentation can come in many sizes. Check out this roundup of the best breast implants all the way from a full A cup to a DD. 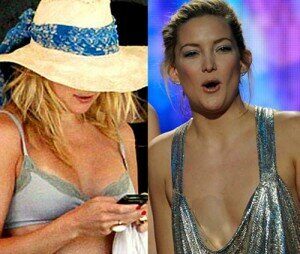 Kate Hudson has always been proud of her small chest but it appears lately she has gotten a little bit more to be proud of. Since last being spotted in a bikini it looks as though Hudson has gone from her signature flat chest to a full A cup.

“How is it possible to get breast implants and still not have breasts Kate H – get ur money back” tweeted Spencer Pratt (@spencerpratt) comparing wife Heidi Montag’s enormous G cup implants to Hudson’s.

No matter what Pratt says, Hudson looks fabulous with  new implants that both complement and enhance her petite and athletic frame. 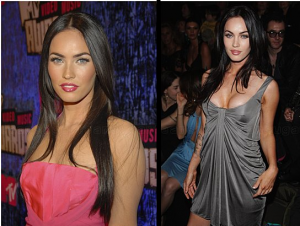 Megan Fox has chosen a pair of smaller sized, round implants that perfectly fill out her petite frame.

On a girl as thin as Fox the smaller sized implant appears far more natural for her figure gives a much more attractive and flattering result.

It looks as though Fox has also done her research for her implants are the mark of a talented surgeon appearing to have been very well executed.

Her perfectly proportioned and perky B cup implants keep Fox at the top of every Hollywood It Lists. 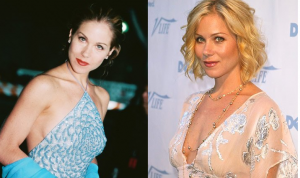 Christina Applegate is a breast cancer survivor that made the admirable decision of undergoing a double mastectomy to save her life.

Her new breasts fill out her frame in a very natural and subtle way which is reminiscent of her formal bust line. After undergoing numerous procedures to reconstruct her former 34-C bust Applegate looks just as beautiful now as ever.

Applegate is the epitome of inner and outer beauty, and is an amazing role model as she goes public with her battle to raise awareness. 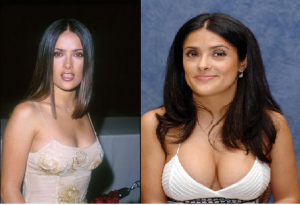 Salma Hayek’s breasts are coveted as some of the best in Hollywood, and often  described as very full and natural in appearance.

Although some would try and argue the fact that she went through a growth spurt, there is no way that such a drastic change in fullness was achieved without a little help from a board certified plastic surgeon.

The mark of a great breast augmentation is when others are uncertain that they are not all natural. Hayek is able to pull off these new additions in a very feminine and natural way. 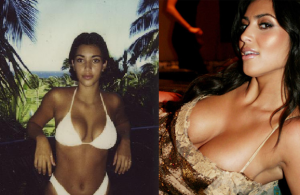 Kim Kardashian is famous for one of the hottest hour glasses figures to hit Hollywood in years. Although her most famous “asset” may be her derriere it is her ample cleavage that deserves equal applause.

Kardashian’s stunning signature curve is complimented by her equally impressive bust measuring in at a large 32 DD.

Although Kardashian denies such surgery rumors it is clear that her sister Courtney isn’t the only Kardashian with implants.

Since Kardashian has always been a larger busted girl, with curves in all the right places her DD implants perfectly compliment and balance out her frame.
Kardashian’s implants complete her look and put her at the top of the pack for some of the most enviable curves around.

Although large breast implants are not entirely a thing of the past it seems as though Hollywood is starting to embrace a new ideal when it comes to breast implants.

The idea of using implants to not only drastically change the size of your breasts, but rather enhance your natural beauty and proportions subtly seems to now be in favour.

No matter what your size preference if you can learn anything from these ladies it is that breast implants proportionate to your frame and complimentary to your natural body type will produce the best possible result.